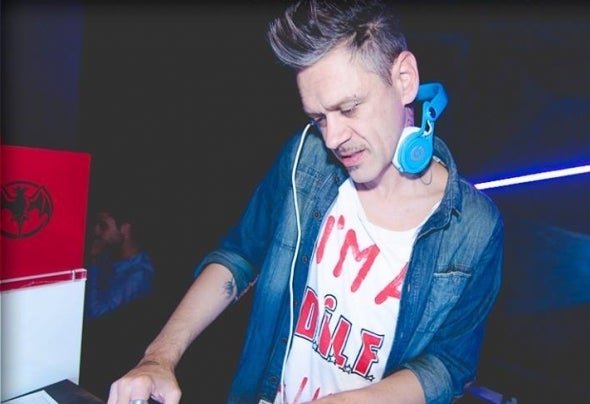 Blusa comes as DJ in 1989, starting to spin discs in private parties of friends. Shortly thereafter, he began to organize a party on their own, along with his group of fellow spree, the famous "Johnny Power Fashion". The organization of the party was so successful that the way to enter the world of clubs was more downhill. In 1992 he met a DJ that changed his life: Luca Cangini. From that moment his professional life has taken a turn. He began playing in clubs such as Mivida Rock Cafe, Incantesimo, Villa la Selva, Mithos, Class and many more. Among the most famous Rolling Stones and the Underground Cafe in Milan, Echoes of Rimini, Odyssey in Treviso, Bella Bimba in Grosseto. In the summer of 1997 he played in privèe house for the only season of the project "Estadium" inside the stadium Meazza in San Siro. In 2000 he began a collaboration with the radio station of Varese "ReteOtto Network" as speaker and producer of House hit parade! In 2001, together with a well-known club holder opens a wonderful and innovative club, "Area 51"! In 2002 he became the artistic director of one of the most famous clubs in those years, "Matador" where he remained until 2006, interrupted by the experience in the summer of 2004 with the mega summer disco "SoleLuna" in Novate Mezzola, always as A.D. In 2007 he opened another bar in Como, from then collaborates with other local summer just as the Castle and Baia Village of Legnano. In 2011 with his friend and colleague Mattao Lo Jacono aka LOJA , they create the duo "D.I.L.F.", a musical project on the basis of a strong friendship decade and a shared passion for HOUSE music. Their "adventure" in the world of music production is born in a family gathering after years of separate activities. The duo offers a mix halfway between the tech-house and deep house, giving their work a touch of "madness" and lightheartedness that constitute a trademark, while remaining open to any kind of influence sound. The choice of name is a further proof of their style console, made of music and fun. A style that they hope will bring in more and more people. The following year 2012 he created together with another friend Dj and Producer PROBI and Loja a new label "KLAPHOUSE records", which has the aim of highlightning the deep and tech house. Since this year began as a "selfie producer" (as he likes to say) coming out with some remixes for Probi and D.I.L.F., waiting for the output of the new release of its own "Uragan"! Now he's playing in several clubs as dj freelance."