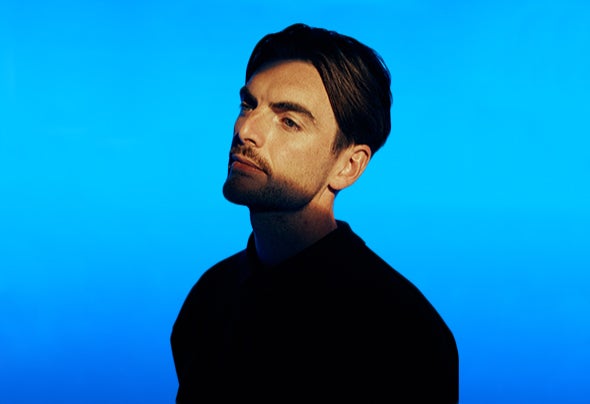 TCTS fuses club musicality, progressive experimentation and airtight production, with unassuming pop appeal, to create transformative moments on the danceoor, at a festival, on the radio and beyond. Since submitting a demo to BBC Introducing from his bedroom in Manchester, TCTS has risen through the ranks showing himself a versatile and constantly evolving force, from his beginnings on the esteemed Greco Roman Records (These Heights EP), and MTA Records (Games EP & Body EP), to releasing his single Do It Like Me (Icy Feet) ft. Kelis & Sage The Gemini, which has amassed 12million Spotify streams and counting. TCTS signed to electronic music pioneers Astralwerks records to usher in his next phase, releasing singles Lazerbeams (2019), Not Ready For Love ft. Maya B (2019), and Better Without You ft. Glowie (2020). Acclaim has come from NYLON, i-D, Stereogum, The FADER, Clash, MTV, Wonderland, Spin, Mixmag, Vibe, The Guardian, and more. Most recently TCTS has joined forces with the legendary house music imprint Toolroom, for collaborations with Todd Terry (Get Freaky, 2020) and Boston Bun (Without You ft. Andrea Martin, 2021). Again proving his versatility TCTS combined his love of dance oor melancholia and pop vocals with his single on Selected, Sorry ft. Nono, which has amassed nearly 9million streams in just 5 months. He has showcased his signature sound through regularly remixing the worlds biggest artists, turning in huge remixes for the likes of 220Kid, Odesza, Duke Dumont, Haim, Jessie Ware, CID, and more. He has ignited stages at Glastonbury Festival, Reading and Leeds festivals, Miami Music Week, Hideout, Benicassim and beyond, as well as tours from Asia to Australia to Ibiza where he has performed sets at venues such as Amnesia, Radio1 in Ibiza and Ibiza Rocks. With nearly 100 million streams to date, and exciting releases in the pipeline, TCTS continues to grow and evolve, making you feel like you’re back in the club for the rst time - every time.