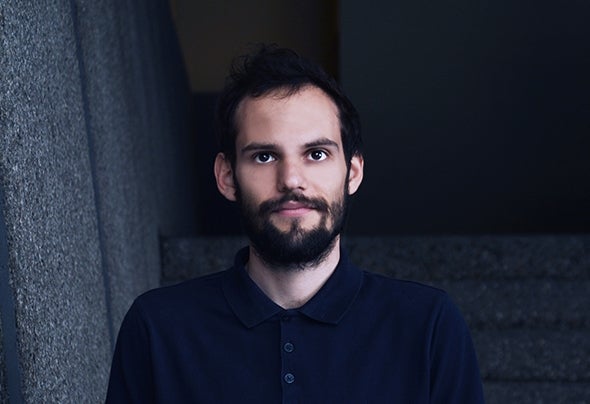 Aron Scott is a young French producer and disc jokey. Born in 1993 in Pessac (France), he spends his childhood constantly moving from city to city, in and out of France. This has a strong impact on his musical culture and really opens his mind to new ideas. Having Been fascinated by music since his most younger days , Aron starts working on Rave Ejay at the age of 11, then, having tested various softwares, he decides to stay on FL Studio. After a few years of musical production and experience, he changes his artist's name, Martin Skills, for Aron Scott (in tribute to the famous jazz-man Aaron Scott). To start off with this new name, he releases "I Don't Wanna Be" with his two mates Lokovski and Ethan Wood on the famous label Suka Records. This track is rapidly supported by a lot of well known producers (Roger Sanchez, David Vendetta, Peter Gelderblom, DJ Fist, Tune Brothers, The Good Guys, Eddie Amador, Peter Brown, Donna J Nova, Flash brothers, Gabi...) He produces again a new opus ("The Reason") with Nathan fehn and Dankann for St arlight Records which reaches beat port 's t op 50 and is also supported by many (Jonas Sellberg... ) Now Aron is actively working on refine his own style with tracks like "AC" signed on the prestigious Spinning Records or "Hiver" on Jared Dietch's Camel Rider project in which he is very involved. Both will be released in the beginning of the year along with the other floor banging tracks he has lately been setting up. His notoriety is still expanding... Labels evolved with tendencies, that's why Aron created his own label Monochrome Music, in order to release sincere experimental tracks, far from the music industry. Remix requests and support from producers are coming from all sides... All pushes to say that Aron Scott is far from having finished his ascension as he boards a promising year 2013.